18+ Quit Smoking with the POD System 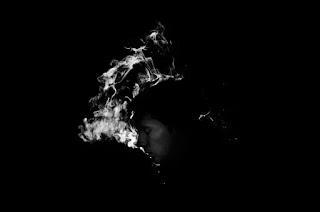 I wrote this article by myself because this topic is indeed half-secret. And specifically 18+, so as not to provoke a long pointless debate.

Okay, let's get started, stop smoking with the pod system, actually the main theme is quitting smoking, yup a classic theme that may be for some people cliché, skeptical, or even just a joke. The next theme is POD system, what is it? hang on tight, read this article until it runs out, it's free. At the end there is a conclusion, which may be surprising, but you do not have to agree, I just invite to contemplate it.

Quit smoking holy sh * t what the f * ck are talking about, LOL this theme if we discuss with ahlul hisapers it will cause a variety of reactions, starting from being silent regardless, angry, laughing, pretending to be crazy, suddenly becoming a philosopher .. ........ but there are still those who react positively: can it really be? I can say, because I and other friends are proof. Next is a neutral reaction that tends to be positive, I still want to but can't. Ok we are doing surgery why stop smoking, our lives when smoking is just happy, not lacking anything.


From the article stop smoking on my laptop (quit smoking benefits), when someone stops smoking for 20 minutes -The blood pressure, pulse, and temperature of your hands and feet have returned to normal.

TL;DR, you can see from two perceptions, a smoker is actually very disadvantaged in health (risk of cancer, heart, etc.) and feels the impact for at least the next 25 years, or vice versa if we stop smoking today, then every day is an advantage which we can enjoy from quitting smoking. Not to mention financial / financial benefits, you will get a big profit, a minimum of money goes into your account 50-100 $, from yourself, or even you save thousands of Dollars for medical expenses, like chemo your therapy. You also don't need to bother looking for a new wife in the future, because your wife is not short-lived because of the cigarette you smoke.

Stop it ................ right now, the days of people smoking are cool have passed decades ago, no one thinks you are cool let alone macho, are you kidding me. You are just a public nuisance, a terrorist, a major pollutant and a slow killer of the people closest to you. There is no more justification if you are not cornered, you can't think, smokers, please just mending you to the abyss, at least, you die by yourself and don't ask us to join in.

If you agree, congratulations! You are an avengers hero or superhero for yourselfn your family. For those who are confused and ask questions, yes I want and have tried many times but failed, there are several methods, one of which is Cold Turkey, we will discuss another time. I have a method that actually does not have to be followed, because this includes cheating, namely POD SYSTEM! this is vaping yes, answer: yes; this used to be also like this then now use box mod, answer: it used to be similar like that, but this is more advanced than the box mod itself, and compared to regular vaping, the pod system is relatively more suitable for people who stop smoking. Normal vaping is more expensive and for me there are many obstacles, starting to look for authentic high-drain high drain batteries, authentic mods, good e-liquid, etc. POD is much simpler than that.


What is the Vape Pod System? Here's our explanation ...

A Chinese pharmacist named Hon Lik allegedly discovered someone who invented electronic cigarettes in 2003. The global appeal of e-cigs has increased exponentially since then, to the point where it is now a multi-billion dollar industry. The phenomenon of 'vaping' has sucked up smokers, and a handful of individuals are captivated by a series of extraordinary flavors.

The problem with e-cigarettes is that they continue to grow. From models similar to real cigarette sticks and pen models. Then followed by the mod tube, which then gives way to the box mod. Manufacturers try to find new and innovative ways to make their box mods bigger and stronger. Most vapers like the idea of ​​producing a lot of steam clouds, but some people perceive them as excessive, even worse than tobacco cigarettes.

Continuing to pod, the easiest way to describe a vape pod is as a system somewhere between an electronic cigarette and a mod. 'Most vapers start with cheap and cheerful vape pens that are cheap, inconspicuous, and portable. Unfortunately, the pen is not strong and doesn't last long with a full battery. While the Box Mod itself, including mecha, as I said is complicated!

The pod system gives you the best of both worlds. You can enjoy the portability of a vape pen and a mod mod battery box. Your vape pod will hold your e-liquid and vaporize it. You can breathe vapor through the mouthpiece or mouth tip. It is possible to use it for normal nicotine-laden e-juice or weed tincture (if the device does not use a pre-filled cartridge). Most vape pods have a maximum capacity of 2ml, although there are some 3ml ones such as smok nord, orion, aspire breezee 2, etc.

Pod systems have something in common with e-cigarettes because they contain batteries that are strong enough that vary in size but are usually larger than cigalike, but significantly smaller than a mod box. Most vape pods resemble USB sticks, but several companies have made models that resemble mod boxes.

What is Pod Open & Close?

This device allows you to refill your electronic juice manually. Choose from hundreds of flavors, sizes, and strengths of nicotine online. Users say that an open pod system offers smoother results as steam production increases. A low profile design means you will not attract unwanted attention and the device usually only has one button to operate. It is possible to buy a vape mod open system at a price below 200 thousand

There are several disadvantages. For example, manually refilling e-liquid is sometimes troublesome, continuing to replace rolls and replacing cartridges after several uses. It's not easy to change the taste, and the small size of the battery means you don't get much benefit from a single charge.

This device works similar to a cartomizer for a cigalike device. Because it consists of pre-filled cartridges, you don't need to worry about refilling. After your cartridge is empty, discard and add a new one. Most sellers offer their refills in some nicotine strengths and these cartridges must be multi-pack. Closed pod systems are also inexpensive, easy to use, and don't require much maintenance because you don't need to clean the tank or replace the reels.

The disadvantages include a limited choice of strength and a sense of nicotine compared to its companion system. This device is also known for offering weak draws and users occasionally report 'spitbacks'. Spitback occurs when e-liquid bounces off the coil rather than evaporates.

Since e-cigarettes came on the market, manufacturers have used using nicotine freebase as their 'go-to e liquid-e'. This is a nicotine solution which also includes propylene glycol (PG) and vegetable glycerin (VG). These substances 'carry' nicotine with them when you vape.

However, certain manufacturers have decided. Be sure that nicotine salt is a better choice. They consist of the same nicotine that is found naturally in tobacco leaves. It will be very difficult to filter out this type of nicotine in its purest form because it will require very high temperatures to be effective.

According to Pax Labs, creator of JUUL vape, specific nicotine salts work better than traditional freebase nicotine. Their research found that benzoic acid is the most important ingredient. It was added to keep nicotine salts formed in controlled e-liquid. Benzoic acid ensures the vapor from nicotine salts has a much lower pH than freebase competitors which means it offers smoot

The result is that you can consume significantly higher nicotine juice. While the typical strength of the e-juice contains 12mg of nicotine and the 'strong' version consists of 24mg, the JUUL vape pod uses an incredible 59mg of nicotine! High nicotine e-liquid is famous for hard sore throats, but nicotine salt changes the game. In addition, nicotine salt is suitable for vape pods because it usually produces less steam than a box mod.

Advantages of the Vape Pod System

The vape pod is designed to be easy to use and easy to operate like a very simple vape pen. Some pods only have one operation button or even there are no buttons at all, because "draw activated", "suck it" if sucked up the mod will auto firing. If you are using a pre-filled cartridge, just turn on the pod and start vaping!

The vape pod is lightweight and easy to carry. You can take it around the house and do vape while walking. Even the largest vape pod, is still smaller than an ordinary mod.

Even though they produce an adequate amount of steam, you can easily control it with a pod system. Because it's so small, you can put it in your pocket or hide it in your hand.

Even the highly rated JUUL vape pod starter kit is available at 500 thousand and there are much cheaper models too. You will save a lot of many a year compared to tobacco cigarettes.

The Nicotine is not hars

The average sub-ohm tank should be used with e-liquid containing 3-6mg of nicotine, which is hardly enough for experienced users. If you choose a vape pod with nicotine salt, you can enjoy a very strong nicotine hit as often as possible. Apart from that, you can have a cartridge of more than 50mg and still benefit from a smooth throat hit. So your nic free base feels for scratching your throat.

This is especially true for closed cartridge models. While vaping devices with normal tanks are sometimes interrupted with leakage problems, there are no such difficulties when you choose a normal box mod system.

But that does not mean POD does not have a shortage

Yup, pod users can still buy a reasonable amount of taste but their choices are not so much compared to those who use other vaping devices. This relates to liquid salt nic which is still new. But actually some ordinary liquid can also be used in the pod system

Pods are portable and lightweight, which means sacrifices must be made. Most vape pods do not contain more than 2ml of e-liquid - far less than the average mod. On the plus side, if you have a device that uses salt nic, a smaller tank is no problem. You also will not be able to enjoy the steam very much, except that the coil can be replaced, with obstacles (ohms) smaller / under 1 ohm.

Even though the vape pod battery is better than the vape pen, just the box mod is better. A much shorter battery life. You should be able to vape for 2-3 hours on a single charge, but on the plus side, the batteries tend to recharge quickly enough.

A practical pod system with Nic salt, can be a cheating way to stop smoking by "weaning" and of course later you won't smoke and don't vape (after being down to 0mg nic) because somehow vaping is still toxic even though 1/10000 compared to ordinary cigarettes.

If you even become a vapers after quit smoking, that's "ok", because the important thing is that you are no longer a smoker!