10 Deadly Viruses That We Must Beware Of 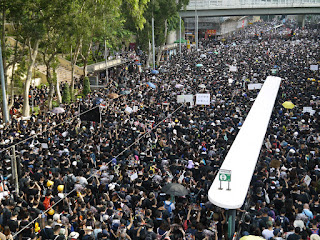 The spread of coronavirus in Wuhan, China, infected 6000 people, killed 160 people (as of this writing) and spread throughout the world. Makes us have to be more alert and understand, ways of transmission, symptoms, prevention of this virus. But apparently, there are some other viruses that are very dangerous, coronavirus may not be in the top 10, not intended to frighten, but to increase our vigilance so as not infected. Some viruses also have not found a cure, as we know HIV / AIDS. How dangerous is it? I tried to determine by parameters: power to turn off, level of difficulty to cure, and speed to spread.

The virus, the first time in the city of Marburg, Germany, first attacked a veterinarian who was taking cell cultures to produce a polio vaccine from green apes. Green monkeys were taken from Uganda, Africa and when he arrived in Germany, some monkeys died with symptoms of dengue fever. Not only in Marburg, in some other areas, similar symptoms occur, and all victims die with the same symptoms. After investigation, through a microscope view, it turns out there is a virus with a thread structure. The death rate of the virus caused by this virus is 88% of deaths if it is infected. This virus can be transmitted through monkeys, bats, and of course humans.

This virus causes a fever, called ** Lassa Fever **, this virus originates from Nideria, Africa, is deadly and almost without symptoms. This virus spreads through rodents such as mice. Items contaminated with water or rat droppings, or from infected human body fluids. The incubation period of this virus is between 1 to 4 weeks, attacking organs, anatar, liver, spleen, kidney and almost all tissues of the human body. There have been a lot of victims spread out in Africa, in Indonesia it is not so audible, but we remain vigilant, because in our country there are many rats that live, especially in cities. If carier mice arrive in Indonesia, and transmit them to local mice, there is a concern that an outbreak will occur. The cure is already there, which is ** Ribavirin **, but still we must be vigilant, if infected with Lassa fever, the victim can die within 2 weeks, but before, the victim suffered deafness, and only a few were hospitalized. Most victims do not realize that they have been infected and suddenly die.

This virus is terrible and deadly, statistically only 10% of survivors. This virus is also transmitted through mice, pigs, monkeys and bats. The virus is also transmitted from sufferers, through bodily fluids and objects contaminated with bodily fluids of sufferers who already have a fever, headache, sore throat, and have difficulty clotting blood. The Ebola outbreak is so terrible, until there is a film, we can prevent it by cooking the meat properly, and wearing protection when cooking. No one can treat the disease caused by this disease optimally.

The Junin virus is a member of the Arenaviridae family, the genus Arenavirus, and belongs to the Tacaribe (New World arenaviruses) complex. Most infections with the Junin virus (80%) cause clinical disease. Three phases are identified in Argentine haemorrhagic fever (AHF) caused by the Junin virus: prodromal, neurologic-hemorrhagic, and recovery. This virus is transmitted to humans through aerosolization, and it is believed that many clinical symptoms are caused by cytokines produced by sentinel cells from the immune system.

In the spring of 1957, a severe disease outbreak was documented in people living near the Kyasanur Forest in the Indian state of Karnataka, which also affected wild non-human primates. Collection of samples from dead animals and the use of classical virological techniques led to the isolation of a previously unknown virus, called the Kyasanur Forest disease (KFDV) virus, which was found to be associated with Russia's spring-summer encephalitis complex (RSSE) in Russia. tick-borne virus. Further evaluation found that KFD, which often takes the form of hemorrhagic syndrome, is different from most other RSSE viral infections, which are characterized by neurological disease. Its relationship to disease in wild primates is also unique. Hemaphysalis spinigera is identified as a probable tick vector. Although there are estimated annual incidents in India of 400-500 cases, KFD is historically unknown. Most of what is known about this disease comes from research in the late 1950s and early 1960s by the Center for Virus Research in Pune, India and their collaborators at the Rockefeller Foundation. A report at ProMED in early 2012 indicated that the number of KFD cases this year was probably the largest since 2005, reminding us that there are significant gaps in our knowledge of the disease, including many aspects of the disease.ogenesis, host response to infection and potential therapeutic options. Vaccines are currently used in India, but efforts can be made to increase their long-term efficacy. There is no specific anti-viral drug therapy for KFD. Supportive care with proper maintenance of hydration and circulation with transfusion of intravenous fluids, colloids or blood products depends on clinical signs and symptoms.

In the beginning 1959 and continuing into the early 1960s, the Bolivian dengue outbreak occurred in rural areas throughout Bolivia, including the Beni department and the area around San Joaquin near the eastern border of Bolivia. In San Joaquin, the rapid spread and horrific death of villagers suffering from fever caused widespread panic, prompting the Bolivian government to ask for help from US scientists. Bolivian people refer to the mysterious illness as "Black Typhus" which refers to bleeding, high fever, pain, and rapid death caused by the disease. After months of investigation, the US government isolated the Machupo virus from the Arenavirus family as the cause of the outbreak. To study disease in rural Bolivia, Karl Johnson of NIH has developed a portable laboratory glove box to accommodate research mice in sterile conditions. During the identification process, several virologists became ill and nearly 20% of the population of the village of San Joaquin died from the disease. Since then, an isolated outbreak of Machupo has occurred in all villages in eastern and northern Bolivia, where the virus is endemic.

Its name was taken from the river where the American army was first suspected of being infected with Hantavirus, during the Korean War in 1950. Symptoms include lung disease, fever, and kidney failure. This virus is closely related to mice, both pee, poop and rat saliva can transmit this virus. OK, so far who is interested in the rat pet? Want a white mouse, purple, Angora, I don't want to.

Influenza viruses that have RNA as their genome are easily altered viruses, which can be antigenic shifts, which are caused by the accumulation of mutations in their genomes, can also be in the form of antigenic drift, which is the genome crossing between viruses with different types. These changes are made by influenza viruses not only to avoid the host immune system, but also to be able to infect several different types of hosts. The H5N1 virus is a product of antigenic drift, where genomic crosses have occurred between viruses of the type that infect birds with the type of virus that infects humans.

Ok wait, isn't influenza a cold? which is how to treat it by scraping, rubbing oil in the wind or drinking wind syrup away? Unfortunately not, it is a  symptom  of influenza that arises due to physical conditions that are too tired, symptoms of heartburn, mild food poisoning, and so on, which are not caused by viruses. Why is it called flu symptoms? Because when someone is infected with an influenza virus, the conditions are similar to those of colds, dizziness, high body temperature, feeling very uncomfortable, the difference is, if it is affected by a real influenza virus, the result can be  fatal.

H5N1 virus is a type of influenza virus. Why does H5N1 turn into a virus that threatens humans? The H5N1 virus is an influenza A virus, the host of which is a bird that lives in water (aquatic bird). This virus eventually adapts to the host and does not cause disease in the host. Some of the permanent hosts of influenza A viruses are mammals, pigs, horses and chickens. And generally this influenza virus is host specific, where the virus that infects mammals only infects humans, cannot infect birds, and vice versa.

In Indonesia, panic arose because of this virus, which is commonly called bird flu and swine flu, according to the origin of the host, which then mutated into human flu.

This virus, at the time of the world war, had claimed 100 million lives, specifically the virus at that time, called the spanish flu.

I quoted from WHO: 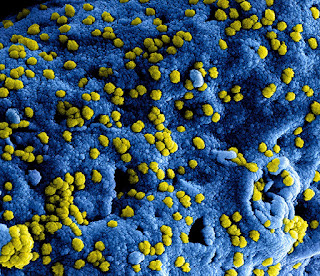 Coronavirus is actually also - dangerous. Around 858 people have died of Middle Eastern respiratory syndrome (MERS), which first appeared in 2012 in Saudi Arabia and then in other countries in the Middle East, Africa, Asia and Europe. In April 2014, the first American was hospitalized for MERS in Indiana and another case was reported in Florida. Both of them have just returned from Saudi Arabia. In May 2015, there was an MERS outbreak in Korea, which was the largest outbreak outside the Arabian Peninsula. In 2003, 774 people died due to a severe outbreak of acute respiratory syndrome (SARS). In 2015, there were no further reports on the SARS case.

But in early 2020, after the December 2019 outbreak in China, the World Health Organization identified a new type, the 2019 novel coronavirus.

Often the corona virus causes symptoms of upper respiratory tract infections such as nasal congestion, coughing, and sore throat. You can treat it by resting and taking over-the-counter medicines. Coronavirus can also cause middle ear infections in children.

What is Coronavirus?
Coronavirus was first identified in the 1960s, but we don't know where they came from. They get their names from crown-like shapes. Sometimes, but not often, the corona virus can infect animals and humans.

Bat soup is the cause? OK, even though in China, which has a reputation for a somewhat eccentric eating style, almost all animals are made into food, and hygiene standards are indeed not as good as western countries. There was no confirmation, either from the PRC government, or from outside, stating that bat soup was the first to infect the people of Wuhan, and spread everywhere. This statement is only speculation, even smelling racist. Do Saudis eat bats? Of course not, but also coronavirus too, first with CoV-MERS. And bat-eaters are also not only in China, this extreme food, is consumed in many countries. But it is not affected by Covid-19

STOPPRESS: Currently WHO has categorized coronovirus into DANGER, so it is already very dangerous.


The above list is not sequential, meaning all categories are dangerous, number 1 does not mean the most dangerous!

Yes, it is very possible for bats to transmit viruses, mice, pigs, chickens, monkeys and other animals, which are important for us to increase our awareness, in maintaining health and cleanliness. A good mask, looks like it's a must have. Food must also be hygienic and from a clear source.


Ok, those are 10 dangerous viruses that threaten human life, besides the ten viruses, there are still other viruses, like HIV, which we know have a long incubation period. viruses that cause dengue fever through aedes aegypti mosquitoes, and viruses, or other sources of disease.