Outbreaks of Coronavirus Covid-19, Indonesia has not been infected?

Oleh bangluq 2/12/2020
Coronavirus from Wuhan, China which is now called Covid-19 or Novel Coronavirus (2019-nCoV) by WHO, is currently in the global attention, because its victims have already broken 1,000.
The initial infection was indeed from Wuhan, then the virus spread to several countries. Its spread is easy, the virus has now spread to several countries in the world, even to the United States.
With the increasingly widespread spread of this virus, Indonesia as a country that is close to the area of the spread of the virus will certainly be vigilant if at any time there are people who are affected or carry this virus. Strangely, until now in Indonesia, is still declared free of coronavirus. 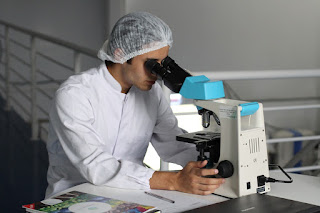 Following are the reasons put forward by several experts from Indonesia:

Microbiologist from the Faculty of Medicine, University of Indonesia (FKUI) Dr. R Fera Ibrahim, MSc, SpMK (K) PhD, agreed that. He said, sunlight could help to deactivate the virus.

"The influence of the tropical climate, because the sun's rays also help us to inactivate the virus," said Dr. Fera.

Meanwhile, in the opinion of experts from the Yong Loo Lin School of National University of Singapore, Jyoti Somani and Paul Tambyah, sunlight will also help the process to eliminate the corona virus.
This was based on the SARS spread that spread across China and disappeared during the summer in China around May.
However, related to the tropical climate, experts are still formulating whether the temperature of heat will affect the level of corona virus spread, but there is not enough evidence to convince the world.
Meanwhile the Doctor who revealed the Corona Virus finally died from a 2019-nCoV infection. A medical staff member walked past the wreath of the late doctor Li Wenliang seen at the Houhu Branch of Wuhan Central Hospital in Wuhan in Hubei province, China. Li Wenliang died of the corona virus in Wuhan at 2:58 a.m. Friday morning local time. As it is known that the Corona virus easily attacks humans who are having low endurance. At this time there has not been any detected Corona virus spread in Indonesia. However, the power of each individual body also affects the level of spread of this virus.
Through the Ministry of Health of the Republic of Indonesia, Secretary of the Directorate General of Disease Prevention and Prevention of the Ministry of Health, Doctor Achmad Yurianto explained, Indonesia currently has tools that can detect new diseases that arise and infect humans, including the Corona virus. Polymerase Chain Reaction or (PCR) is a tool that is claimed to be able to assist Litbangkes in detecting the spread of the Corona virus in Indonesia.
"We use PCR which is commonly used in Australia and Singapore, and is in accordance with WHO standards. All of our treatments are according to WHO standards," said a statement from the Secretary General of Disease Prevention and Control Achmad Yurianto. It is hoped that with this facility, it can indeed be proven that the spread of the Corona virus in Indonesia can be prevented from spreading.
The Chinese government isolated Wuhan City, which has a population of around 11 million, to curb the spread of the corona virus. Although Indonesia is currently claimed to be safe from the threat of the Corona virus, through the World Health Organization (WHO), the world is worried about Indonesia, which until now has not provided data related to whether there is a spread of this deadly virus in Indonesia.
Although until now there has been no report related to the spread of this deadly virus in Indonesia, the government through the Ministry of Health always coordinates the spread of this virus. The government is working with WHO to oversee the spread of this virus.
"Indonesia is preparing to deal with the possibility of spreading the Corona virus. WHO and the Indonesian Ministry of Health also continue to coordinate. The Government of Indonesia has also begun to disseminate information about this virus to the public in the last few days," said a WHO representative for Indonesia, doctor Navaratnasamy Paranietharan, in Jakarta.
However, it is not known for certain whether previous government data included asymptomatic cases.
The overall number of cases in mainland China broke through 44,653, based on data released on Wednesday, as reported by Antara. Hubei Province, which became the epicenter of the Corona Virus outbreak, reported 94 deaths. A total of 72 of them were detected in Wuhan.
"We now have a name for disease # 2019nCOv: Covid-19. I spell it: C-O-V-I-D line one nine. Covid-19," WHO leader Tedros Adhanom Ghebreyesus was quoted as saying by WHO's official Twitter account. According to the Science Alert report, WHO previously called the Corona Virus an acute respiratory disease 2019-nCov. Covid also turns out to be an abbreviation of Corona Virus Disease, and 19 bemean 2019.
In other words, the name Covid-19 is almost no different from 2019-nCov. The only difference is the abbreviation and the year is moved backwards. WHO says it does not want to name the virus in the name of an animal or country because it does not want to be stigmatized. This is based on WHO guidelines published in 2015. Previously, there were diseases that were named according to regions such as Ebola and Zika. Ebola turns out to be the name of a river in the Democratic Republic of Congo, while Zika is a forest in Ugana. The two regional names have now been attached to the public as the names of deadly diseases. In addition, the name of a person should also no longer be the name of a disease, for example like Bell Palsy or Alzheimer's disease. Covid-19 originally came from the city of Wuhan, China. Transmission is thought to originate from bats or anteaters.

Not a Favorite Destination

This is also the theory of speculation, but it is quite reasonable. Indonesia is known for its poor health services, by countries outside Indonesia, including by the Chinese people. Indonesia is a developing country, let alone the 1998 racism issue that may have also made Chinese people not come to Indonesia. It could be, since Dr. Li revealed the corona virus, and some people who had the ability to flee abroad, they left China. Some of these people, could have been infected with Covid-19 without realizing it, and these people had not been to Indonesia. So it makes perfect sense if Indonesia is still safe from Covid-19, let alone tight guard at International Airports in Indonesia. Even so, Indonesia must not be too confident, and remain vigilant.
#health #coronavirus