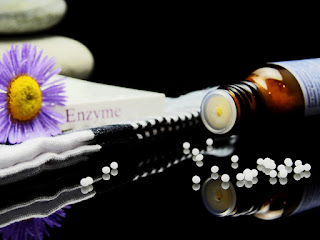 Not yet finished dealing with the corona virus, China is now troubled in the face of a highly pathogenic H5N1 bird flu virus outbreak that has killed 4,500 chickens. Reports say the outbreak began on a farm in Shaoyang city, Hunan province or next to the center of the Wuhan corona outbreak. I looked at Reuters, following this latest case, the Chinese authorities slaughtered tens of thousands of birds. Pathogenic virus itself means it can cause disease in the host. Farms that become "virus nests" are also closed and sterilized.

Bird flu is classified as highly pathogenic because the number of birds that die from the disease is fairly high. According to the NHS, the H5N1 strain has caused concern in recent years. Although it is not easy to infect humans and it is difficult to spread it from human to human, some people are infected and die. When someone is infected with this disease, the chance of death is around 60 percent, according to the World Health Organization release. People can be infected through direct contact with infected live or dead birds or from an H5N1 contaminated environment. Shaoyang is about 302 miles from downtown Wuhan, where the corona virus spreads.

Corona virus has now infected every area of China. Chinese officials confirm there are more than 9,750 cases, while more than 100 have been registered abroad with more than 9,891 people. Deaths also increased to 213, with 43 patients dying in one day, the biggest jump in 24 hours since the outbreak began last month.

According to the United States Geological Survey (USGS), bird flu is considered to be very pathogenic because of its ability to kill birds. On the USGS website, the determination of the virus is very pathogenic or low pathogenic does not refer to how serious the virus infection is to the human body, or other mammals, or other bird species.

The USGS noted that most strains of bird flu were not very pathogenic and caused several signs of disease in infected wild birds. However in poultry, some low pathogenic strains can mutate into highly pathogenic avian influenza strains that cause severe infectious diseases among birds and often cause death in poultry. According to the World Health Organization (WHO), while the H5N1 virus can be transmitted to humans only through contact with dead birds or the environment that has been contaminated with the virus. But even this still rarely happens in humans. "This virus does not easily infect humans or spread from person to person, nor is there evidence that this disease can spread to humans through well-prepared and cooked food, the death rate from this virus in humans is 60 percent," the WHO said. This bird flu virus outbreak emerged when China was still wrestling with the corona virus. China believes that the corona virus originated from bats in Hubei Province, in northern Hunan and continues to spread throughout the country. Corona virus has caused the death of more than 1000 people and infected around tens of thousands of people.